At my house we have always had this doll. She’s about the size of a three year old. When people come over they say she’s creepy. (I’ve managed to freak people out multiple times.) I’ve never thought she was all that creepy, but we’ve had her for longer than I can remember. However, she has almost no hair. The doll used to be my great aunt’s, and when she was little she cut the doll’s hair. Very short.

I once made a headband with yarn hair on it, (Which you can see in this photo story Here) but it didn’t look much better.

Mom wanted her to look nice, so she asked me to re wig her if she bought the wig, and of course I said yes.

We were researching Holly, and it turned out the original doll had only an inch or so more hair then Holly had at the time we were researching her.  Holly was also a knock off. (Like an Our Generation doll instead of an American Girl doll.)

We measured the doll’s head, and ordered a wig. I was rewigging Holly for Mom’s Christmas present, so I wouldn’t let her see it.

Here’s Holly at the beginning. Both of her eyes are getting silver eye, but since the last time I did doll eyes didn’t work out too well I didn’t want to try again. 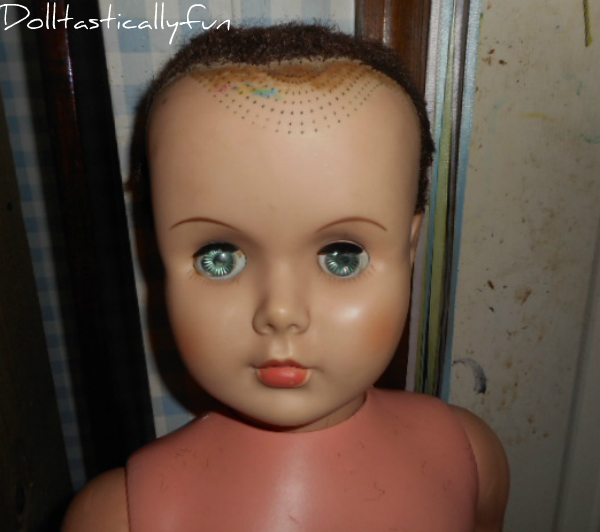 I took scissors and cut her hair as short as I could get it.

I took a nail polish remover wipe and cleaned her skin. It got quite dirty.

This is the wig right out of it’s packaging. 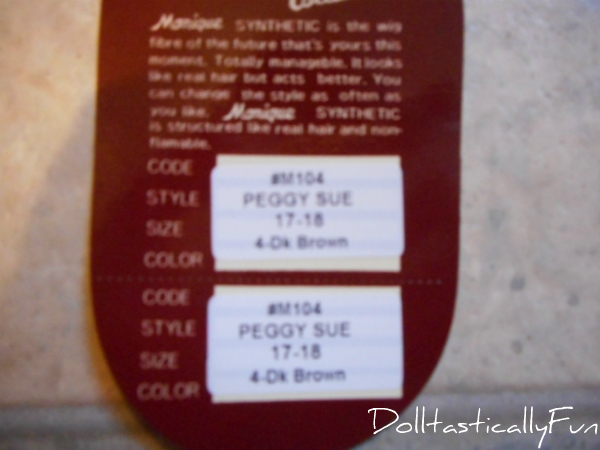 This picture is a bit blurry, but it’s a dark brown Peggy Sue wig in size 17-18 from eBay.

I tied the long hair in a ponytail so it wouldn’t get in the way.

I just put it on her head and adjusted. I didn’t glue it on, though now I wish I had. It stays on well enough, but slides around some.

I took Holly outside for a photo shoot. Yes, she is wearing her Christmas dress, though it is March. Her bangs are a bit long, so I just bobby pinned them to the side. 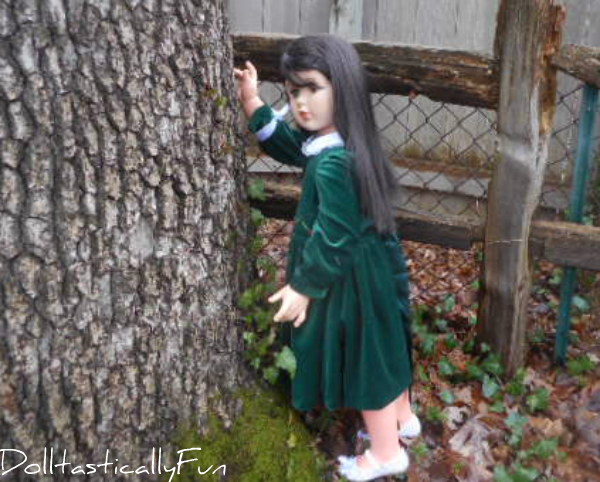 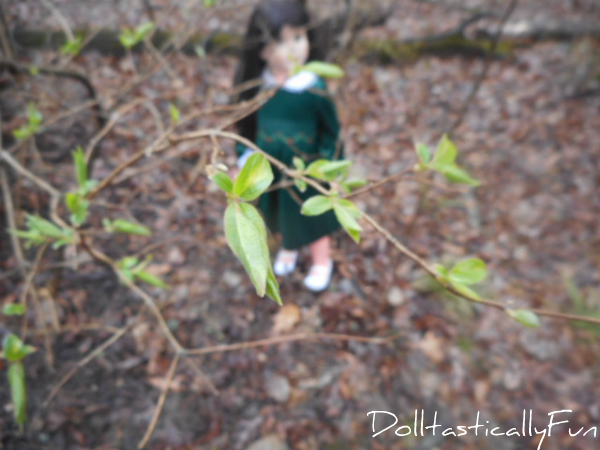 We all like Holly better than we did before. She isn’t creepy anymore.