Today’s post is a craft that the dolls make. Enjoy the craft and story. 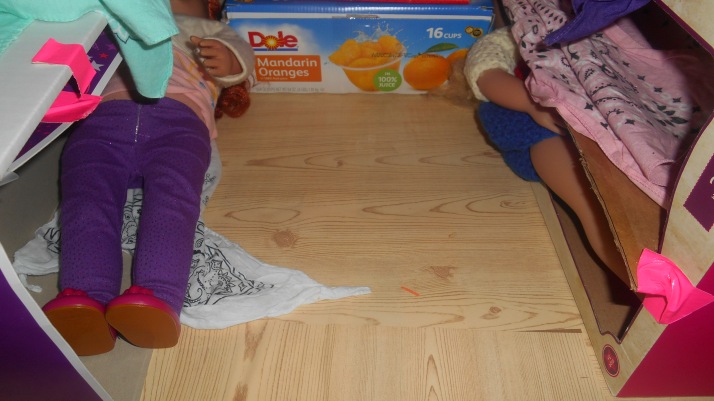 When I woke up I whispered to Lily Anna. “Let’s go swimming!”

But she didn’t like that idea. “Too cold. Let’s make a game instead.” So we went to the craft room after breakfast for making a game. 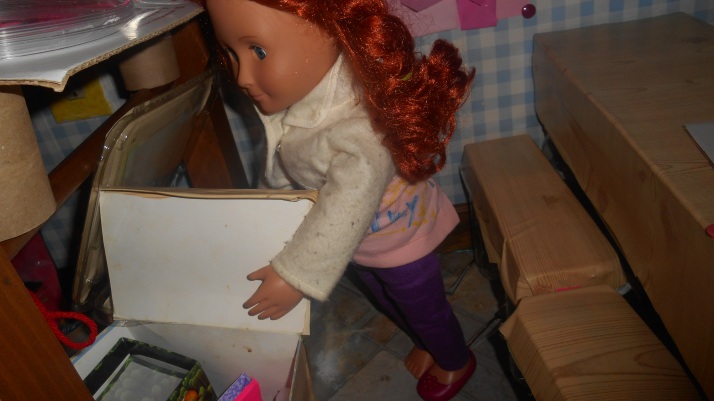 We got some cardboard and then I went up to get stuff. 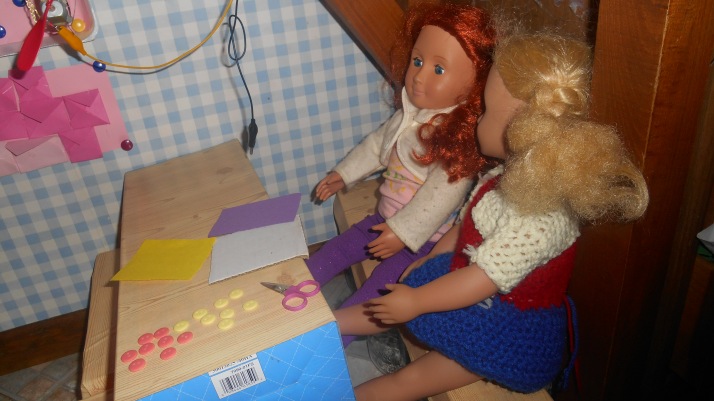 Our supplies laid out in front of us, we started to work. 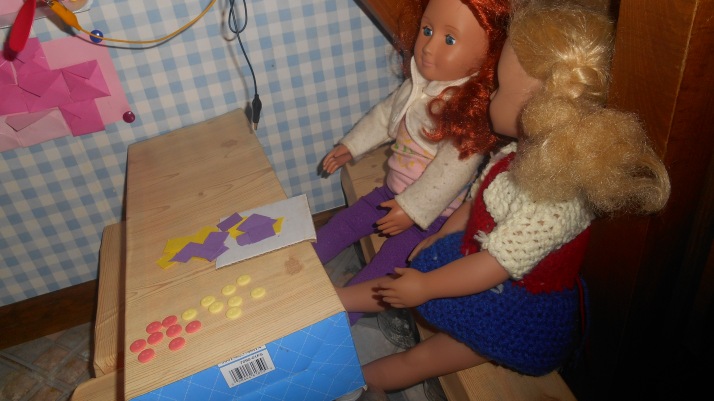 We cut up the paper into squares. 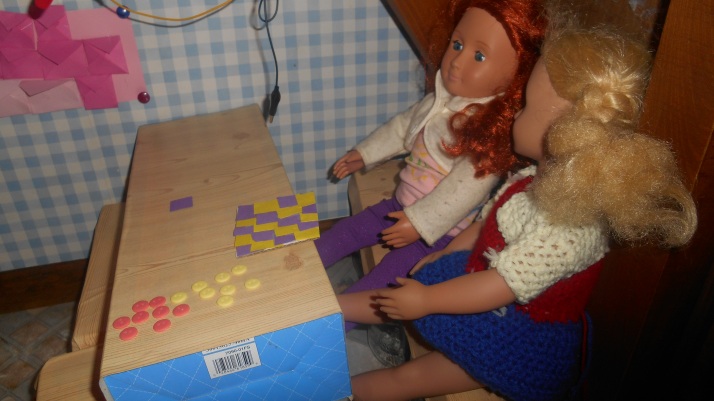 And then we taped the paper to the board. 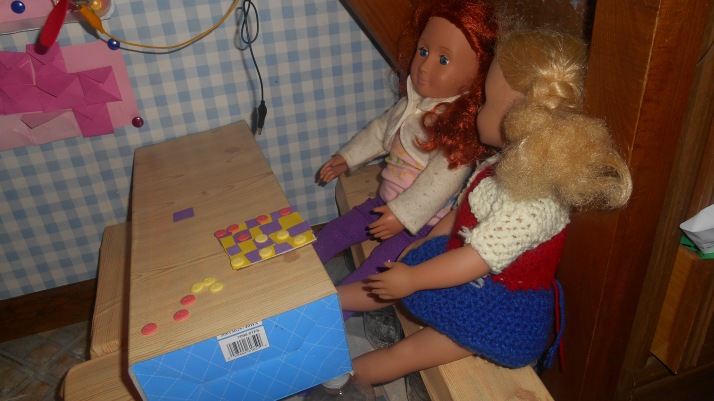 We played about ten games of checkers before we got bored. 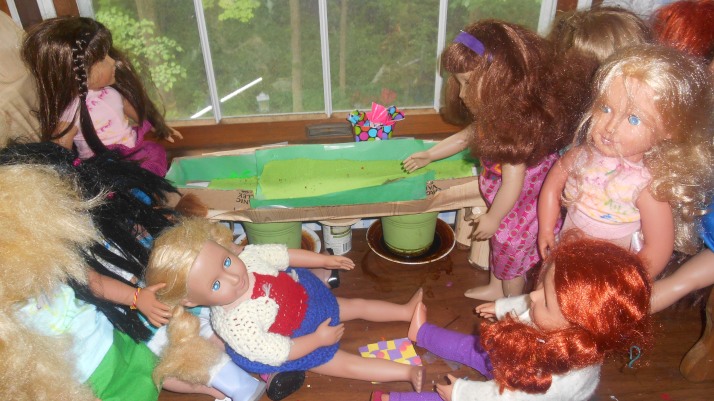 In the gym everyone had the same idea. Everyone was waiting for some game or another. We were playing checkers, but then everyone wanted to join us. The winner would play the next in line. Lily Anna won a lot of games, and she actually opened up and talked to the girls she played against.

I would recommended making this game and playing it. (More so if you have a shy Lilly Anna.)